its Castles, Chateaux and Gardens

A Guide to the Loire Valley

Castles, chateaux and gardens of the Loire Valley

Centre-Val de Loire is one of the 18 administrative regions of France. It straddles the middle Loire Valley in the interior of the country. The administrative capital is Orléans, but the largest city is Tours. Like many contemporary regions of France, the region of Centre was created from parts of three historical provinces: Touraine, Orléanais, and Berry. On 17 January 2015, as part of the reorganization of French regions, the region's official name was changed to Centre-Val de Loire.

The region is composed of six departments, the Eure et Loir * (28), the Loiret (45), the Loir et Cher (41), the Cher (18), the Indre et Loire (37) and the Indre (36). Our tours are based within the last four of these departments, particularly in a wide area around the city of Tours in the Indre-et-Loire. 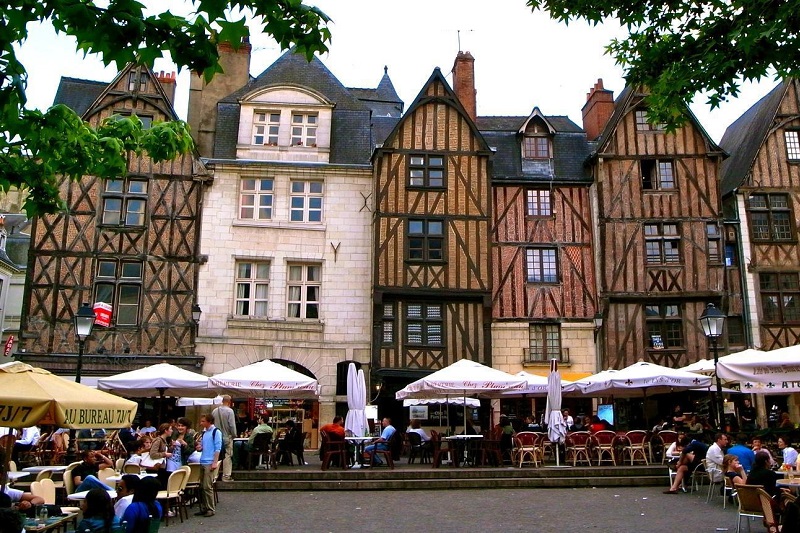 Tours is the starting point for many of our trips so we naturally visit several properties close by. While Tours itself is worth a visit if you are staying overnight, we tend to move out into the countryside closer to the vineyards.

The pearl of the area is Chenonceau, a privately owned royal palace which famously spans the river Cher. Built around 1515 on the foundations of a medieval water mill, it was the home to Diana de Poitiers, mistress of King Henry 2nd.

At his death the property was taken over by his widow and Regent, the powerful Catherine de Medici and was the home to her children, several of whom were kings or queens of France and Europe.

The chateau has an impress collection of Renaissance art including paintings, tapestries and other artifacts. The colourfully planted period gardens on the banks of the river are ideal for a stroll in summer.

Amboise is a bustling town on the river Loire with its ancient centre and royal castle. There are actually three chateaux in Amboise: the royal castle, Clos Lucé, the official residence of Leonardo da Vinci between 1516 and his death in 1519 and Château-Gaillard nearby. All are worth a visit.

Many small towns and villages have their own chateau, some Renaissance(16thC)era, others with much earlier origins. Often they can be seen from the car as we travel from one vineyard to another. 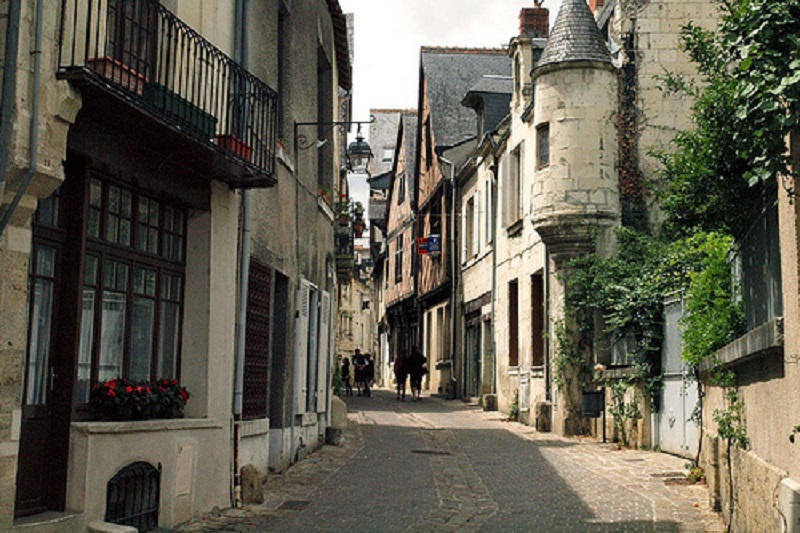 Chinon is a fascinating town on the banks of the river Vienne. It is often the starting point for our popular "Best Reds" tour and a great location for lunch after a wine tasting and a stroll through the medieval streets. High above the town is the ancient castle, where the romans built a fort in the 5th century and the first castle was constructed in the 10th C.

The view from th battlements makes it worth a visit on it's own, but the castle has been well restored in parts and tells the history of the site very well.

Chinon is inextricably linked to the history of England, because Henry, Count of Angou, Duke of Normandy, became Henry 2nd of England and he is burried nearby with his wife, Eleanor, Duchess of Aquitaine. On 6 March 1429 of Joan of Arc arrived in Chinon to help the Dauphin Charles, later Charles VII king of France, defeat the English aries during the Hundred Years War.

Chateaux and castles nearby include Riveau, with a lovely garden in addition to its ancient castle, the monastic city of Abbaye Royale de Fontevraud and Château d'Ussé, the Sleeping Beauty castle.

Other popular stops are the renaissance Château d'Azay-le-Rideau on an island in the river Indre, the fortress Château de Langeais and the spectacular formal gardens of Château de Villandry. You are spoiled for choice in this part of the Loire! 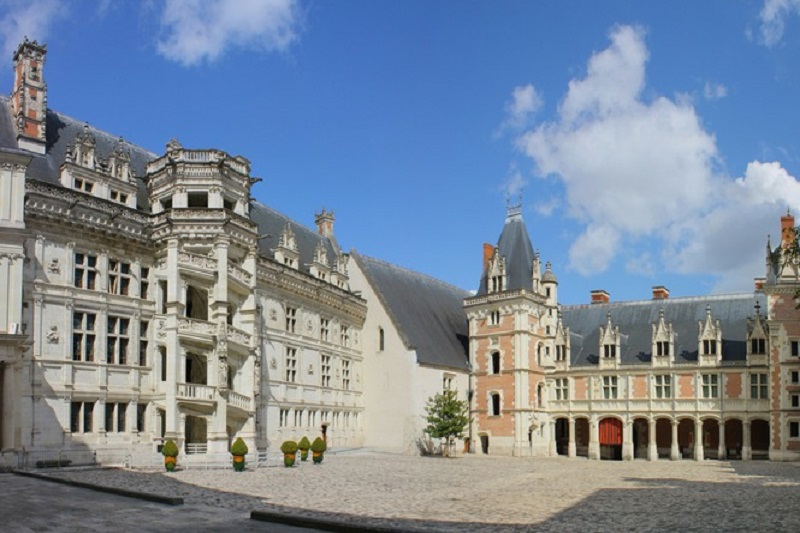 Built in the middle of the town, the château of Blois comprises several buildings constructed from the 13th to the 17th century around the main courtyard. It was the home of the kings of France for centuries and the csatle reflects this heritage. There is also a cathedral dating back to the 15th C and surrounded by medieval houses and streets.

Blois is situated on the river Loire which it dominates from high limestone cliffs. The town has frequent outdoor and indoor markets and is a bustling local centre.

Across the river Loire are a number of royal and aristrocratic chateau ranging from the world famous Chambort hunting palace of Francois I, to the private chateau at Cheverny (in the heart of Cheverny wine country).

Chaumont features both an impressive castle with links to the founding of the USA and superb gardens; it can be added into a winetour although you could easily spend the whole day there. The annual International Garden Festival draws visitors from around the world. 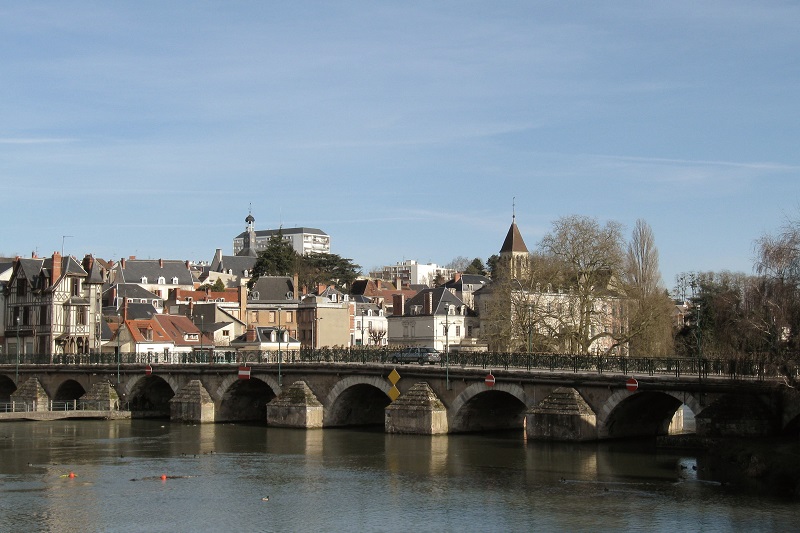 This is the starting point for vineyard visits in the east of the region. As such there is not always time for a chateau visit. Clients wanting to experience the wines of Valençay, Reuilly and Quincay will have the opportunity to visit chateau at Valençay, previously owned by Charles-Maurice de Talleyrand-Périgord - Napoleon's foreign minister. It is extremely well furnished , much of it original, dating from its heyday from 1803 onwards.

There are a number of lesser known chateaux in this area, often constructed to protect the region from attack by the valley of the river Cher. Saint-Aignan and Selles sur Cher are two fine examples, the latter undergoing extensive renovations by its private owner. This is a gentle and attractive region, worth getting to know.